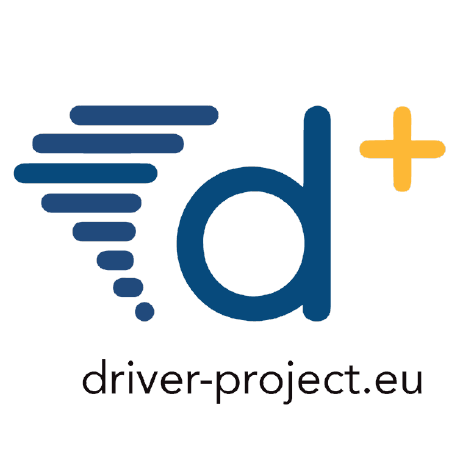 The current project, DRIVER+ (D+), is a continuation of the old DRIVER project. In the old DRIVER, already several experiments were organised to test crisis management systems and solutions. This chapter will discuss the lessons that we could learn from them, specifically related to the technical infrastructure, a.k.a. the Test-bed, encompassing the connection to the operational systems as well as the simulators.

In order to collect the lessons learned, several interviews were conducted with:

3.1 Summary of the lessons learned

All of these aspects have been addressed in D+.

3.2 The organisation of each experiment was ad hoc

In the old DRIVER, there was no clear overall process to perform an experiment, or determine whether you even need one: how to prepare, execute and review an experiment, which questions to ask, how to look for existing solutions, etc. Different partners had different ways of doing things, and there was no clear guidance or manual to steer them all. This leads to miscommunications, discussions, inefficiency, stress and less than optimal experiments.

Lesson learned: A generic Trial Guidance Methodology is needed for analysing the need, and preparing, executing and reviewing an experiment.

3.3 Each trial created its own Test-bed

Each of the organised experiments in the old DRIVER created his own, unique, Test-bed to perform the trial, i.e. the Test-bed was based on:

Lesson learned: Each trial must use the same Test-bed. Therefore, only one Test-bed must be created.

3.4 Test-beds were not open source

As already stated in the previous paragraph, none of the used Test-Beds were completely open source. Again, this does not matter within the scope of one project, were partners could use these Test-Beds license free, but if the Test-bed is to remain sustainable after the project, and be attractive to outside parties, this will be a serious roadblock. Besides obvious aspects as costs for getting a license, it would create a strong dependency on the owning party: each change someone likes to make would have to be approved by the owner. And after an approval, it would take time to implement the change request, potentially leading to serious delays.

In addition, from a developer's point of view, dealing with a large and complex closed source environment can seriously delay or even block his/her development efforts. Failures in the developer’s new component’s software may be caused by bugs in other linked, closed source components. Because these other component(s) are closed sourced, they cannot be fully examined by the developer directly, making it impossible to determine whether the issue is caused by his/her own software or by the linked component(s). This investigation then requires both the developer looking in his code and external developers looking in their code. And for any bug that is discovered in a linked closed source component, it is up to the owner of that component if and when to fix it. There is no chance to quickly find and fix it by the developer of the new component.

Lesson learned: The Test-bed should be fully open source.

3.5 All Test-beds used a message-oriented architecture

Each trial needed to connect many, quite different, software systems: end-user solutions, incident simulators, 3D visualisations etc. But although each Test-bed was different, they all used a message-based infrastructure. The reasoning behind that is simple: when you have n systems, the number of connections between different systems will grow exponentially (#connections = ∑ n-i, where i=1..n-1). So it is better that the Test-bed uses a kind of mail service or message broker: if you want to communicate something, tell it to the broker and he will make sure that your message is delivered to the right person at the right time. So all messages go into one hub, and are then being distributed to all other applicable components. As a result all components only have to connect to this one hub, instead of separately to all other components. This components-hub architecture is in software development called a message-oriented architecture.

Lesson learned: The Test-bed should have a message-oriented architecture.

3.6 Each Test-bed used its own set of message standards

When different systems need to talk to each other, the messages they exchange must be well understood, at least at a syntactic level (I can read your message), and preferably also on a semantic level (I understand your message). The latter, however, has implications beyond what this project tries to solve here, as it would entail a universal translator that can translate any language in any other language incl organisation specific use of definitons. To further complicate matters, in a crisis management environment a test-bed has to deal with two types of systems: solutions and simulators, each with their own set of messages.

For simulators, often DIS (Distributed Interactive Simulation) or HLA (High Level Architecture) are used as standards to exchange messsages. Syntactically, they can be easily interpreted, albeit that often their stricts schema's do not allow for sufficient freedom to express deviations from the standard, and certain fields may be misused to communicate this missing information.

For solutions in the operational crisis management domain, the CAP (Common Alerting Protocol), EMSI (Emergency Management Shared Information) and EDXL DE (Emergency Disaster eXchange Language) standards are often encountered. But also here, we see in practice different flavours throughout regions and organisation. Even a simple standard as CAP has different implementations across countries, but often also between different organisations. Furthermore, not all standards are freely available. For example you need to pay for the TSO/EMSI standard. And even if these costs are often negligible in a large project, it may cause delays, since a developer needs it, but has to get approval in order to buy it, and he is probably not allowed to share it with project partners. For sustainability of the Test-bed, this is a disadvantage.

To deal with these issues, the test-bed should have:

3.7 The definition of Test-bed was confusing

In the old DRIVER, participants had no clear picture of the scope of the Test-bed. To perform an experiment, often most of the following components were needed:

So for some people involved in experiments, the Test-bed was only the gateway between operational systems. For others, it contained all of the above.

Lesson learned: The test-bed should be clearly scoped, i.e. what it is, and what it is not.

The complexity is partially related to the previous observation that each experiment created its own Test-bed environment. However, the problem went deeper than this, since an experiment also needed:

Lesson learned: The Test-bed must be easily reproducible.

Lesson learned: The Test-bed must offer administrative as well as supporting tools and services.

Previous
2. Process
Next
4. Aims
Last updated 2 years ago
Edit on GitHub
Contents
3.1 Summary of the lessons learned
3.2 The organisation of each experiment was ad hoc
3.3 Each trial created its own Test-bed
3.4 Test-beds were not open source
3.5 All Test-beds used a message-oriented architecture
3.6 Each Test-bed used its own set of message standards
3.7 The definition of Test-bed was confusing
3.8 Test-bed management was complex